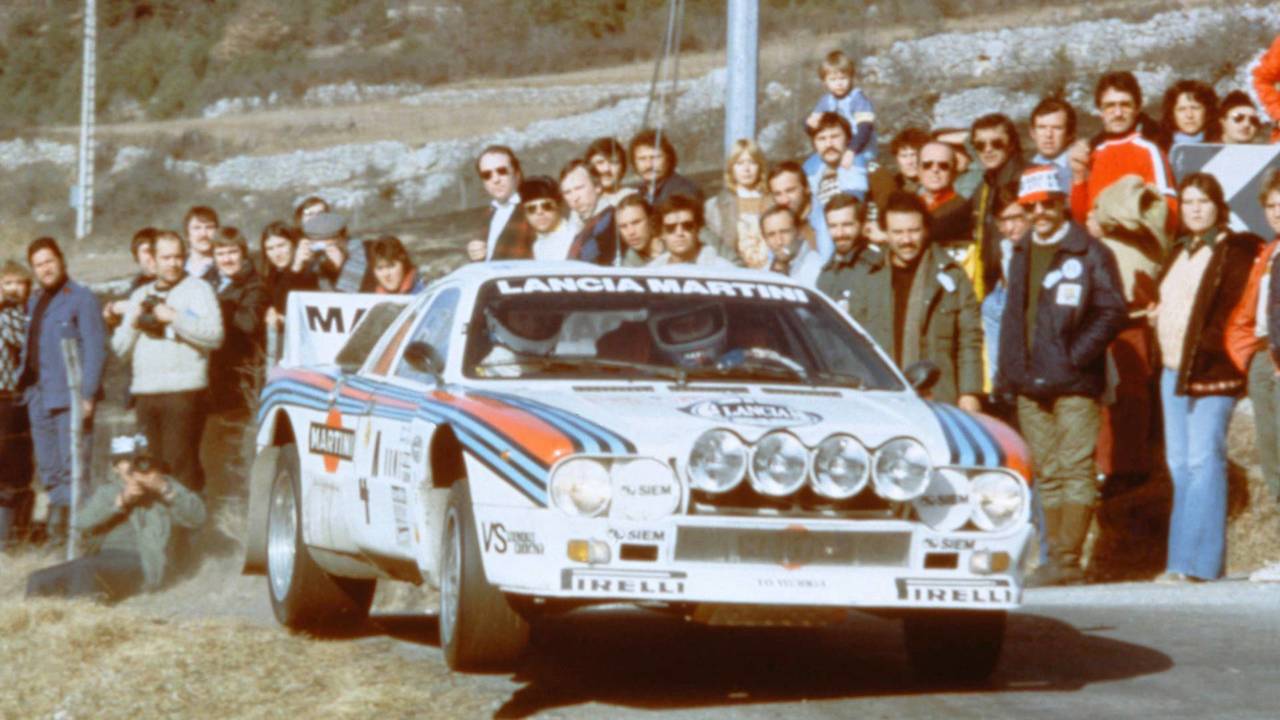 We return to Group B for our next legend.

The Group B era of rallying was the sport’s golden age. Unrestricted warfare between manufacturers created some of the most menacing machines motorsport had ever seen. The Lancia 037 was one of the first to arrive and it marked a new era that would see rallying become more popular than Formula One.

In the 1980’s Lancia began work on what would become its Group B icon. Abarth, part of the Lancia family, were actually responsible for much of the design. Dubbed project 037, its secret to success would be a 265bhp supercharged 2.0-litre engine and a kerb weight of just 980kg. A polyester reinforced fibreglass body shrouded a tubular frame.

Group B rules stated that 200 road legal cars had to be produced for homologation. The Lancia 037 Stradale was a slightly detuned 205bhp version of the rally car.

Out of the box the Lancia 037 was fast, but also fragile. It’s debut season in 1982 saw many retirements due to mechanical issues. However, it did claim its first outright victory in the UK on the Pace Rally.

1983 would be the 037’s coming of age. The Evolution variant bumped power up to 300bhp and added more aerodynamic bodywork. Put in the hands of Walter Röhrl and Markku Alen, it fended off the all-wheel drive Audi Quattro to win the constructors championship. It would remain the only rear-wheel drive Group B car to beat the more advanced all-wheel drive challengers.

By 1984 rivals had cracked the science of all-wheel drive and there was nothing that the 350bhp Evolution 2 037 could do. 1985 would be its final year of works racing before being replaced by the Lancia Delta S4.

A final victory in the ’85 season was tainted by Attilio Bettega’s death in Corsica. This breed of car often sacrificed safety in the name of speed. Group B was disbanded in 1986 after more fatal accidents.

The Lancia 037 was a pioneer for the extreme Group B class. A car worthy of its iconic status.

Lancias for sale on AutoClassics