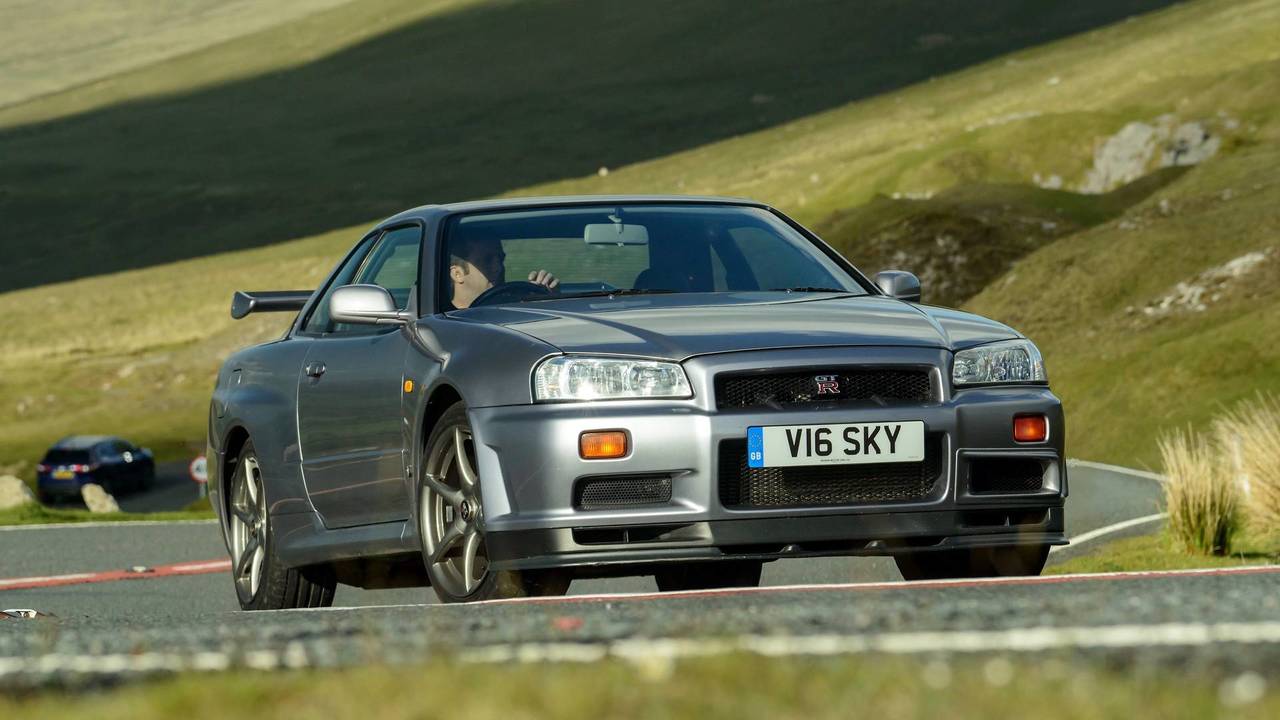 One of Japan's most iconic cars joins our legends.

Ask any enthusiast about the Nissan Skyline GT-R and they will likely point you in the direction of the R34. The Nissan Skyline might have come from humble beginnings, but by the 1990s its GT-R performance models were a household name. The R34 represents a particularly high water mark.

The R34 put the Skyline’s famed combination of turbocharging and all-wheel drive to good use. The 0-62mph dash came and went in just 4.7 seconds, still an impressive time nearly two decades on. Under the bonnet was a 2.6-litre turbo producing 276bhp. Well, that’s what the factory told everyone, but many were found to be producing closer to 300bhp. Cog-swapping was taken care of by a short-throw manual transmission.

This Nissan Skyline GT-R brought more than brute force to the party. Its all-wheel-drive system was advanced for its time and would direct all of its power to the rear wheels until the front pair needed to help out. That might sound par for the course today, but the R34 was a real pioneer. It also had rear-wheel steering helping the car to turn tighter into corners.

The interior was a bit underwhelming when compared with rivals of the time, but it was somewhat redeemed by its heavily bolstered sports seats. The dashboard featured a screen displaying live technical data that had enthusiasts foaming at the mouth. Turbo boost pressure, G-force, temperatures, lap times and more were all shown on a 5.8-inch display. Remember this was 1999 – a time when most people still only had four channels on their TV.

Nissan tweaked and developed this GT-R over its short three-year lifespan. V-Spec cars added carbonfibre aerodynamic parts while N1 and V-Spec II reduced weight and added a more powerful turbo. M-Spec delivered a more luxurious trim and softer suspension for those who wanted a dose of comfort. Later Nürburgring Editions for the Japanese market even had speedometers that read up to 186mph.

Nismo – Nissan’s performance and racing division – eventually got its hands on the R34. It created even more focused S and R-tune cars, but the best was saved until last: 20 Z-tune cars were created with an engine bored out to 2.8 litres, giving them 493bhp.

All in all, 11 variants of Nissan Skyline R34 were made.

Driving an R34 today is quite the rush. Light the fuse and after a moment of lag that turbo detonates. The way it builds momentum puts some modern performance cars to shame. Snatch another gear from the delicious short-throw box and the R34 just keeps pulling.

Its performance is impressive, but the brakes less so – to be honest they’re not a match for the R34’s speed. You really have to think about how you use them. It also leans more than you might expect through fast corners and so quick changes of direction can unsettle the car.

Be measured with your inputs, and the precise steering and all-wheel traction will reward you.

The Nissan Skyline GT-R R34 is worthy of its legendary status and it is clear that today’s supercar-humbling R35 GT-R owes an awful lot to its forefather.

Nissans for sale on AutoClassics