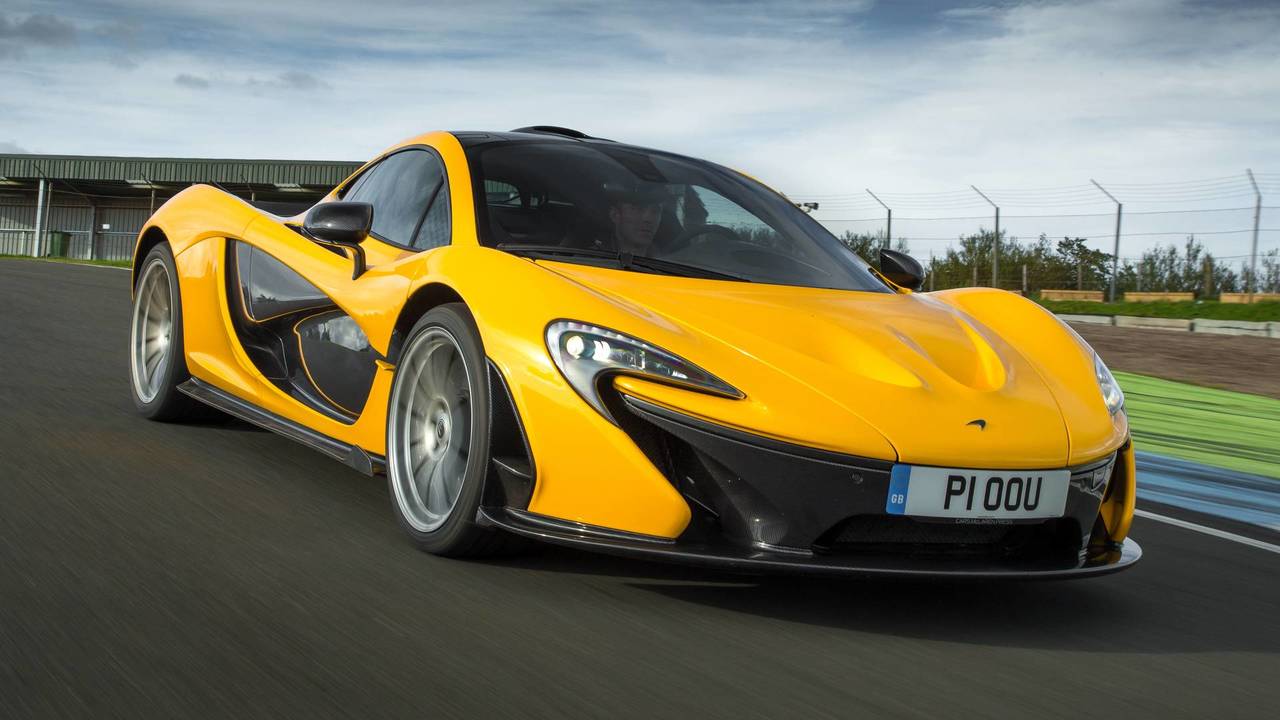 Mirror, mirror on the wall, is the McLaren P1 still the most mental hypercar of them all?

Opportunities to drive super-mega-hypercars are rare enough, but the chance to drive a McLaren P1 is one of those all-time motoring bucket list entries.

Before this moment, the most time I had spent in the company of a P1 was in Knightsbridge, where I lingered (probably for a bit too long) around the amorphous forms of a Kuwaiti-plated example that was collecting parking tickets for fun.

Now, however, I found myself somewhere in Scotland with the key to a canary-yellow McLaren P1. Systems idling, its creators stood patiently alongside the left dihedral door, which was pointing to the sky like a bird proffering its tail feather. I’ll be honest, I wasn’t sure who to hug first.

Up close, the P1 is so compact and otherworldly that you would struggle to believe this car has already celebrated its fifth birthday. A good time then, to reacquaint you with one third of this century’s definitive hypercar triumvirate.

In 2008, McLaren had a flourishing Formula 1 team – yes, really – and had begun developing a road car company behind closed doors. McLaren Automotive launched in 2010 and its first new era supercar, the MP4-12C, followed in 2011. The 12C proved in a remarkably short space of time that McLaren Automotive had mastered the science of speed, if not the soul. Yet we now know it presented just a fraction of the company’s ambition; the 12C was an aperitif to the sumptuous courses that followed.

Meanwhile, also in 2008, Dan Parry-Williams joined McLaren as engineering design director. His mission, from then-CEO Ron Dennis, which he chose to accept, was to conceive and develop the ‘ultimate driver’s car on road and track’. Few carmakers have the pedigree to deliver on that oft-promised ‘race car for the road’ scenario, but then fewer still would possess the principles, philosophy and sheer bloody singlemindedness to deliver a car as exquisite as the F1 was. The new model would build on the F1’s legacy, and introduce the world to the ‘Ultimate Series’ of McLaren road cars.

So began a year of advanced concept designs for a car codenamed P12. The project kicked off properly in 2009, Parry-Williams assembled his team of crack engineers and the P12 became known as the McLaren P1. The rest, as they say, is history.

In so many ways, the P1 remains at the bleeding edge of automotive design. It uses a carbonfibre tub and body that is comprised of just five panels to reduce the amount of bolts and glue required to bind it all together. It is powered by a 3.8-litre twin-turbo V8, a derivative of the unit that still powers everything from the McLaren 570GT to the 720S, although here it develops 727bhp and is augmented by a 176bhp electric motor for a total of 903bhp and 723lb ft. All of which drives the rear wheels only. Sorry Tesla, but this is the original ludicrous mode.

The P1 would probably feature pretty low down the list of Motor1’s most efficient hybrids, but it can still travel for six miles in pure electric mode. ‘It needed to have reasonable EV performance,’ explains Parry-Williams. ‘We wanted a 0-62mph time in under 10 seconds in EV mode, so customers wouldn’t get embarrassed at the lights and we needed a big enough battery to be charge sustainable. The fact we had enough range to get one drive cycle in Europe was a handy by-product.’

Clothing this technical triumph was a young designer called Paul Howse, who is still young and can now add the exterior design of the McLaren 720S to his P1 portfolio. Thanks for making everybody else’s CV look a bit shit, Paul…

With home being a Norman Foster-designed building and its previous hypercar featuring both an unconventional three-seat layout and an engine bay lined with gold, you can rightly assume McLaren is familiar to spectacle. Yet the P1 still radiates masses of presence. The kind of presence that overruns and dismisses any other hypercar it shares the road with, like they’re some humdrum Fiesta. Has the P1’s design stood the test of time? Well it never actually stood in time.

No more wondering about the driving experience. I sank into the left-hand chair (all P1s were left-hand drive), legs pointed slightly outbound, and in slight amazement as to how good the visibility is. The cabin is sparse, but controls and settings are logically presented in a way that will be familiar to anybody who has sat in a McLaren road car. For a few minutes, I just drank it all in, taking in a few extended breaths, admiring the exposed, unlacquered carbon, and I looked at my hands on the wheel. I pushed the starter button and the engine erupted into life, albeit quieter than I was expecting.

As we rolled out of the hotel car park, I was trying to etch every micro-memory into my subconscious: the glass-like noise of loose chippings hurling into the wheel arches, the first tactile click of the carbon, wheel-mounted paddles, the soft yet aggressively informative ride.

I began in e-mode where all I could hear was my chest thumping and the gears driving the crank. For a second, I almost forgot the P1 has more power than a current Formula 1 car. Second over. Burying the right pedal on the first straight road and the Mitsubishi turbochargers were sucking, spitting and bellowing violently millimetres from my head.

That metallic growl you get from all McLarens is there but cannibalised and consumed by the dominant turbos. Within moments, I’ve gone from sitting in a park to sitting on an angry volcano. The power delivery is equally savage, the rear wheels breaking traction in second, third, even fourth if you’re not super-disciplined. This isn’t a car that makes you an overnight hero, it commands your respect at all times. I was almost immediately acutely aware of the value of this thing, of other road users and the wet, tractor-marked B-roads. Tense.

And yet, like the devil on your shoulder, there’s something about taking a ride on that surging wave of torque, the infectious whoosh of the turbos that elicits something close to the Millennium Falcon’s hyperdrive, that makes you want to do it all over again. And again. With 95 percent of my brain capacity dedicated to not being the guy who slides a £3m exotic into a dry-stone wall, the remaining five percent wonders why any owner would waste their summers on the Brompton Road driving a 200mph car where you’d be lucky to top 20mph.

It’s a brief drive, but I’m truly dazzled by the P1’s breadth of ability and pretty relieved to return the car in one piece. I’m full of awe and respect not just for the car, but for a company that continues to make progress at an appropriately rapid pace.

Next on the agenda is the McLaren BP23; not a P1 successor exactly but it will still fall into the ‘Ultimate Series’ remit and feature an F1-esque central driving position. Most impressively, McLaren says it will be ‘the fastest road car we’ve done’. The fact the BP23 is already three times over-subscribed is testament to the belief in this company’s ability to deliver.