How do you choose a safe car? Euro NCAP explained. 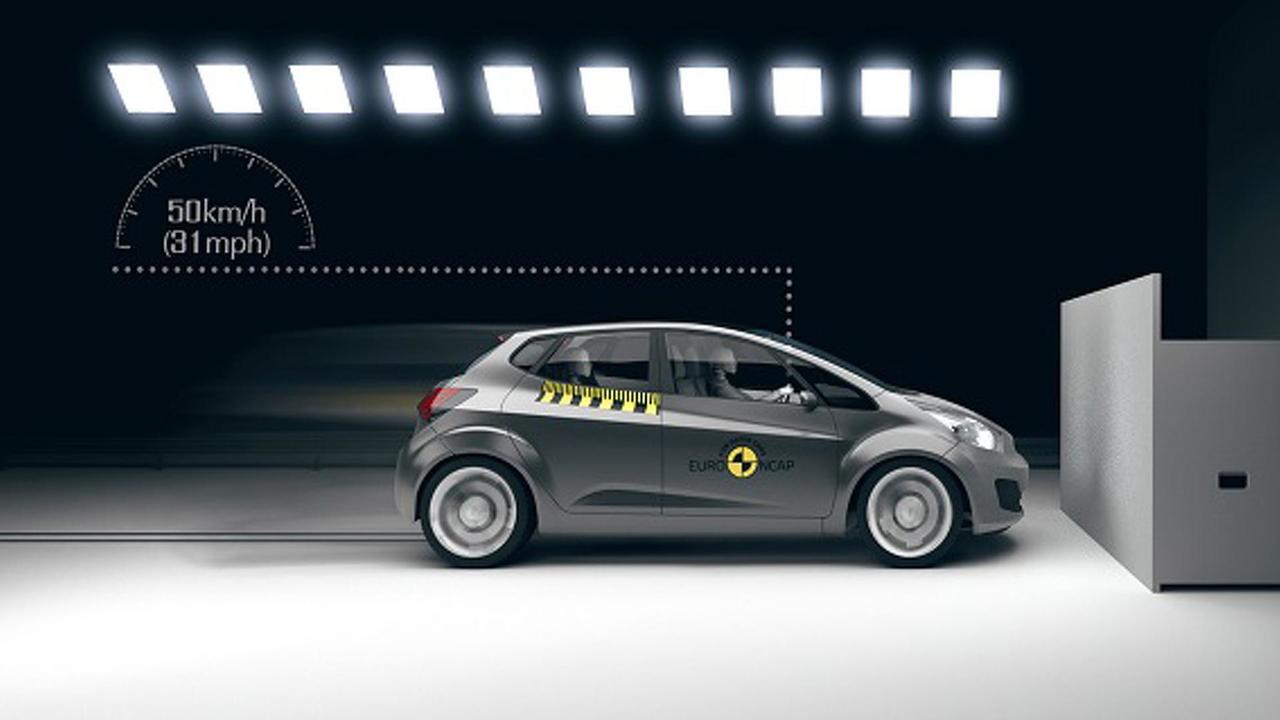 Not sure how to judge if your next car is as safe as you want it to be? Read on.

On average, we make 35,000 decisions a day. Most are insignificant, like whether we want chocolate on our morning cappuccino, but some aren’t – like finding a car that is both safe and best suits your needs. This is where the Euro NCAP crash safety rating can help.

What is Euro NCAP?

Euro NCAP, or the European New Car Assessment Programme, is an independent body that exists to further the advancement of car safety technology. Its primary aim is to reduce the number of road users - both car occupants, cyclists and pedestrians – who die on our roads, and has developed a series of crash tests that can be data captured and published for comparison.

Why is Euro NCAP important?

Before Euro NCAP began publishing its first crash test data in 1997, there was no such initiative in the UK or Europe that compared the crash test performance of models from rival manufacturers. This meant that, beyond the marketing rhetoric of a new model brochure, it was difficult for consumers to really know whether the car they were buying was safe.

Suddenly, this standardised and very visual test procedure brought safety to the forefront of consumers’ minds, and the naming of winners (and shaming of losers) had an adverse impact on car sales. You only need to watch the now-notorious video of a Rover 100 compress into a pancake to know you wouldn’t let your kids go anywhere near it.

Car makers quickly embraced Euro NCAP, which helped accelerate safety technology. Today, nine out of 10 cars sold in Europe have a Euro NCAP star rating and it is estimated that Euro NCAP has saved 15,000 lives in the UK alone.

How is Euro NCAP scored?

Euro NCAP provides crash safety scores as a percentage rating in each of the following four categories:

1. Adult Occupant Protection
Euro NCAP uses a series of crash scenarios to simulate a frontal impact. There is an off-set deformable barrier impact at 31mph, and a ‘head-on’ collision into a full-width barrier designed to test the restraint systems in front and rear seating positions.

There are further simulations to assess side-impact protection when crashing into a side mobile barrier, or hitting a fixed object such as a lamp post or telegraph pole.

2. Child Occupant Protection
Euro NCAP tests the protection provided by child restraint systems in front and side impacts as mentioned above, but it also assesses the vehicle’s ability to accommodate child carseats of different sizes and design, including how easy they are to install. Items such as Isofix child seat anchorages or airbag deactivation systems, for example, help improve a car’s Child Occupant Protection rating.

3. Pedestrian Protection
Euro NCAP determines the safety of new cars from a pedestrian’s point of view by assessing the risk of injuries to head, upper and lower legs from various front-end impacts. It also tests Autonomous Emergency Braking systems with three ‘crossing scenarios’, all of which would result in a fatal collision between the car and the pedestrian if the active safety system did not intervene.

4. Safety Assist
This score is compiled from the driver assistance technologies that Euro NCAP has determined offering the greatest active safety. It monitors the inclusion of everything from seatbelt reminders and speed warning detection to more advanced systems like Electronic Stability Control, Lane Keeping Assistance and avoidance technology like Autonomous Emergency Braking.

It’s worth noting that these Euro NCAP scores are based on a moving scale, meaning that as the bar is constantly getting higher, you can only really compare cars of the same age that have been crash tested in similar years. Just as a five-star television in 2007 may have offered the clearest picture and strongest sound, the best television in 2017 may now also be lighter, frameless, offer wifi and super high definition. It is a fundamentally better TV in every right, and the same notion applies to a five-star Euro NCAP car in 2017.

What is the difference between active safety and passive safety?

The first category of car safety is known as active safety. These features aim to help you avoid accidents or at least mitigate crashes when they do happen. Features such as anti-lock brakes, brake assist, vehicle stability control are all good examples of active safety.

Passive safety refers to the features in a car that help protect the driver and passengers from injury if an accident or impact does occur. Items such as airbags, seatbelts and crumple zones are all designed to reduce impact effects such as whiplash.

What do the star ratings on Euro NCAP mean?

Euro NCAP currently works on a five-star rating, so the more stars, the safer the car. To score highly, cars need to consider both passive and active safety features and perform well in four categories: Adult occupant protection, Child occupant protection, Pedestrian protection and Safety Assist. The individual scores for these categories are also published.

Why do some cars have two Euro NCAP star ratings?

Euro NCAP introduced a dual safety rating in April 2016 where a car can receive two scores: one for the standard model, and one that takes into account any safety equipment that may be added as an option. To get a second star rating, the manufacturer must confirm that it expects the extra safety technology (defined as a 'safety pack') to be fitted on at least 25 percent of models sold.

It’s also hoped that the dual safety rating will provide a more effective mechanism for consumers to understand the benefits of additional safety options that are available to them on the options list.