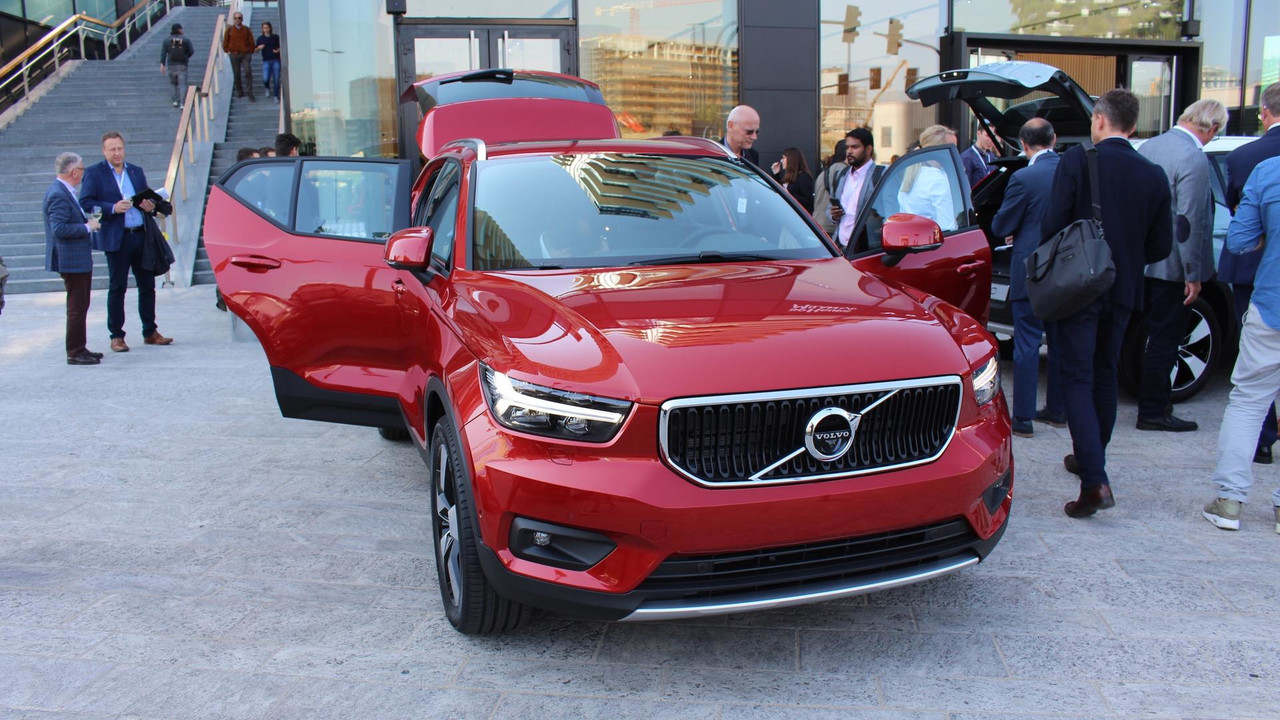 What are the premium SUV alternatives to the new Volvo?

Volvo's new XC40 is its first compact SUV – and it's entering a booming sector. Since being popularised almost single-handedly by the Range Rover Evoque, the sector has grown with more and more premium entrants arriving all the time.

Which, then, are the five keenest rivals the XC40 must take on and topple in order to secure sector honours? Here we run through them all: these are the cars you must check out before placing that order at a Volvo dealer.

The Audi Q3 is the one model that’s really been able to take on the Range Rover Evoque head-to-head. Like the Land Rover, it’s not a new machine now (it was launched in 2011), and a replacement will likely be here next year, but it remains a strong contender thanks to the strength of its overall design.

The interior has a few practicality oversights, the infotainment is fiddly and the driving position is a bit upright, but otherwise the classy Q3 successfully brings the premium Audi experience into the small SUV sector. Diesel engines are strong and S line models look really stylish. Value is better than ever now too.

Read the Motor1 verdict on the Audi Q3

The first BMW X1 wasn’t a great car, but this all-new one is a huge improvement. It looks good, has a top-notch interior and is one of the most practical models here – it’s great for growing families, particularly as you’re able to blend this with racy-looking M Sport trim.

All the diesel engines are strong, the petrol engines aren’t bad (albeit a bit on the noisy side) and a choice of front- or all-wheel drive, plus manual or automatic gearboxes, gives plenty of options: our pick would be an all-wheel drive auto diesel. Like most BMWs, the X1 really stands out because of its excellent on-road manners – this is the model you’ll enjoy taking down a twisting back road the most.

Read the Motor1 verdict on the BMW X1

The upcoming Jaguar E-Pace SUV is a baby crossover sibling to the smash-hit Jaguar F-Pace – which is the current World Car of the Year winner. Wearing a smart junior SUV look, the good-looking E-Pace also has an interior that’s a bit of a breakthrough for Jaguar, with a big step up in quality and appearance.

It’s derived from the Range Rover Evoque, so we know it will be good to drive, and sharing the same range of fuel-efficient Ingenuim engines will also keep running costs competitive. Prices start from well under £30,000 and the waiting list is apparently already building: does Jaguar have yet another hit on its hands?

Read the Motor1 first look at the Jaguar E-Pace

Lexus has taken an alternative approach to its small SUV. The NX is a junior alternative to the larger RX – and, like that model, is an all-petrol range that’s based around a fuel-efficient, low-CO2 petrol-electric hybrid, the NX 300h. If that’s not for you, a faster but thirstier NX 200t turbo is also available.

The most standout aspect of the Lexus NX is its styling, recently made even more eye-catching for 2018. Crisp-edged and thoroughly distinctive, it is a real head-turner, although it does also prove divisive because of this. The interior is OK, practicality is reasonable and equipment levels are high, although it’s not all that special to drive and the hybrid drivetrain does noisily struggle when you’re pressing on.

Read the Motor1 verdict on the Lexus NX

The car that defined a sector. The Range Rover Evoque is not in its first flush of youth now, but still sells extremely well in the UK. Five-door models are most popular (you can also get a three-door and even a two-door cabriolet) and for most people, the list price is only the starting point. Many buyers spend many thousands on options.

The 2.0-litre Ingenuim turbodiesel engine is relatively fuel-efficient and good on fuel, and the Evoque still drives nicely. The interior isn’t the roomiest and, despite improvements, its infotainment isn’t a match for BMW, but the posh Range Rover still cuts a dash like no other model here. That’s the power of the brand.

Read the Motor1 verdict on the Range Rover Evoque