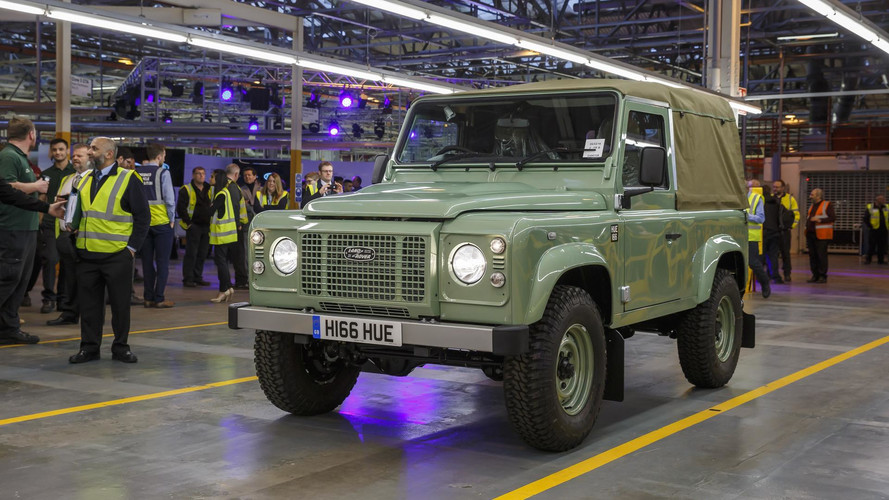 They include the diddy Jimny and the bulletproof Hilux

We miss the Land Rover Defender. After 67 years, the last Defender as we know it rolled off the Solihull production line in January 2017. Seventeen months later, there’s no sign of a replacement on the horizon.

As Land Rover continues to move upmarket with vehicles such as the new Range Rover Velar, there’s a gap in the market for a utilitarian, back-to-basics off-roader with an affordable price tag. Fortunately, there are a few options…

The Suzuki Jimny has been on sale largely unchanged since 1998. While it won’t win any awards for refinement or the technology on offer, it remains a hugely likeable little 4x4. And, at less than 3.7 metres long and 1.6 metres wide, the emphasis is on the ‘little’. The Jimny’s diddy dimensions make it a boon off road – it’ll get places the Defender can’t, hopping over obstacles and skating over mud without getting bogged down.

Prices start at £12,999, and the entry-level SZ3 is the one we’d buy: with steel wheels, a CD player and a selectable four-wheel-drive system. If you’d prefer a bit of bling, buy the £14,784 SZ4 with its synthetic leather seats, alloy wheels and tinted rear windows.

Like the Defender, the Jimny is objectively a bit rubbish. But we love it. A new model is due next year, and there’s a danger it won’t be as characterful as its predecessor. Grab a Jimny while it’s still brilliantly rubbish.

If you’re not familiar with Dacia, it’s French firm Renault’s budget brand. It sells the incredible £5,995 Dacia Sandero (James May’s favourite, and Britain’s cheapest new car), while the Duster SUV starts at £9,495. That’s for a front-wheel-drive petrol model, while four-wheel drive is a £2,000 option.

Like the Jimny, the Dacia Duster is hardly the last word in refinement, and we’re yet to be convinced that it’ll be quite as bulletproof as the Suzuki. You do get slightly more actual car for your money than at a Suzuki dealer, however, and that translates into more space. There’s five doors, for a start, and your kids won’t complain about sitting in the rear.

Dacia is taking an updated Duster to next month’s Frankfurt Motor Show. While the exterior has only received minor tweaks, the firm’s promising a much more upmarket interior. We’re hoping to see the addition of Apple CarPlay and Android Auto, too.

Not so long ago, every farmer drove a Landy. But then Japanese pick-ups came onto the scene, with their attractive price tags, legendary reliability and impressive carrying capabilities. In truth, we could have picked any number of pick-ups to include here: Mitsubishi’s L200, the Nissan Navara or even the more upmarket Volkswagen Amarok.

We chose the Toyota Hilux, though, because we think Defender fans will appreciate its bulletproof mechanicals and iconic image. Clarkson famously failed to kill one in an episode of Top Gear. Prices start at a shade under £20,000 (plus VAT) and, if you take care of it, its residual values ought to be pretty strong, too.

The Mercedes G-Class, also known as the G-Wagen, bears more than a passing resemblance to the Land Rover Defender. Like the Defender, the G-Class started out as a military vehicle but has since become a fashion statement, despite little change over its near-40-year existence.

It’s rarer than the Defender, especially here in the UK, but that’s no surprise, considering its £92,000-plus start price. That’s for the lowly diesel G350d, while an AMG variant would cost in excess of £135,000. You never know, watching Defender values rise, that could prove to be an investment…

When the first Land Rover was launched at the 1948 Amsterdam Motor Show, it was actually inspired by an old Willys Jeep used on the farm of Rover’s chief designer, Maurice Wilks. Ever since, Land Rover and Jeep have both had their loyal fans, despite them both having a similar outlook on how to build a 4x4.

Today, Jeep and Land Rover are two very different brands, but the Jeep Wrangler remains similar to the Land Rover Defender. It’s not quite as roughty-toughty as the Land Rover, but it’s almost as capable off-road. It’s rare, too, and a loyal following helps with resale prices. If you appreciate modified vehicles, there’s no shortage of aftermarket tuners specialising in the Wrangler, but we’d keep things standard.