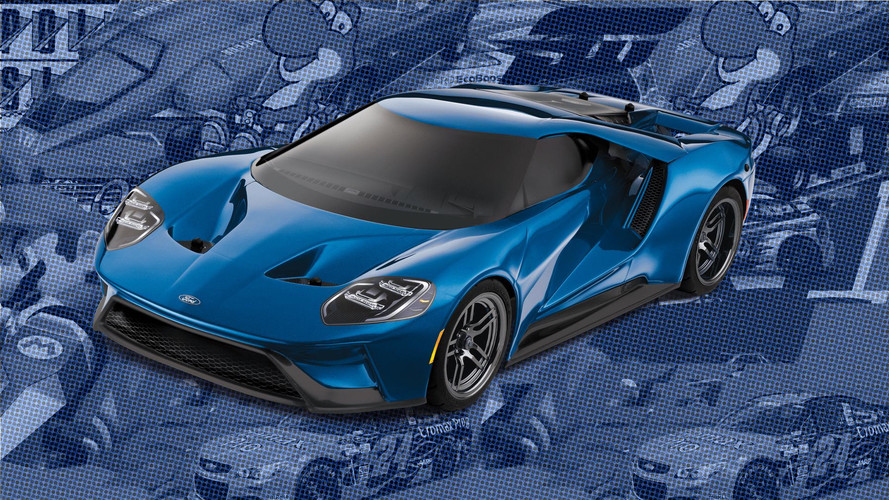 From Forza to Super Mario Kart, these are the driving-based games Motor1 editors love.

For many petrolheads, our love of cars is not restricted to the road. Thanks to arguably one of the greatest inventions of the 20th century, the video game console, we’ve been able to enjoy four-wheeled fun in our living rooms since the late '70s. But one question continually lingers: what is the best car-based video game of all time?

With new instalments of Forza, Gran Turismo, Dirt and others continuing to saturate the market in 2017, we thought it only necessary to weed through nearly four decades of digital driving and put together a definitive list of the greatest car video games. Some date from as early as 1982, others as recently as 2015. It's safe to say not everyone will agree with our choices, so feel free to leave any angry feedback in the comments section below.

Crazy is the key word here. Everyone's favourite taxi game was released on the Sega console in 1999, as well as in most arcades the same year, before making its way to systems like Gamecube, Dreamcast, and Playstation 2 in years following. The goal was to hurtle around driving passengers to their destinations as quickly as possible. It may have been relatively low on the realism scale, but it was high on the fun scale. Is it time, perhaps, for an updated game called Crazy Uber?

Forza Motorsport 6 was the first racing sim to take full advantage of the Xbox One console, with unbelievably good graphics and perhaps the best physics engine ever created for a driving game. Not only did the game fix the problems with FM5, but its online community and super-advanced AI system pushed replay-ability off the charts. Bonus points for the having voiceover provided by the Top Gear guys.

What could be better than sliding virtual Subarus and Mitsubishis around some of the world’s most challenging dirt tracks? Colin McRae Rally – now known simply as Dirt – was first introduced in 1998 for the PlayStation system and Microsoft Windows, and included a variety of cars, tracks, and customisation options from day one. It was the closest you could get to a rally stage without having to get mud under your fingernails, and spawned 11 successors, including the most recent installation, Dirt 4, which launched earlier this year.

Electronic Arts’ original Need For Speed game in 1994 kickstarted the much-loved franchise on the Playstation console, but it wasn’t until the third instalment in 1998 where the NFS storyline really hit its stride. Need for Speed III: Hot Pursuit gave you the chance to run from the cops (or be a cop) while behind the wheel of some of the most exotic supercars on the planet; everything from the Ferrari 550 Maranello, to the Jaguar XJR-15, to the Mercedes-Benz CLK GTR.

The original Hot Pursuit title spawned five other pursuit-themed Need for Speed games to follow. Though it lacked an open-world concept that fans of the franchise grew to love in later instalments, it made up for it with high-quality graphics and intense gameplay. You were a kid running from the cops, after all.

The pioneer of the karting genre in video games, the original Super Mario Kart still holds up to this day. There have been numerous sequels in the series, all of which follow the same formula, but you have to give credit to what started it all. It offered an easy point of entry for gamers of any experience level, but its tracks held plenty of secrets and shortcuts for those who wanted to have the quickest time out of all their friends – friends who were, of course, sitting beside you on the couch. Oh, and it still has the best battle mode of any Mario Kart game.

Outrun is less a racing game and more of a driving game. A driver, ostensibly you, and a blonde ride through beautiful, undulating terrain in a convertible Ferrari Testarossa. Select your preferred song before the game begins, and then travel through five stages to the finish line. Branching paths mean that there are a total of 15 areas to explore, and the environments show significant variety, including everything from windmill-lined roads to driving underneath countless stone arches. To make the experience even more immersive, the deluxe version of the arcade cabinet features a single-seat cockpit that moves with the action.

F-Zero X is more forgiving than its successor F-Zero GX, but it's still insanely fast-paced and has some of the best art direction of any N64 game. Graphical detail is kept to a minimum in order to keep the fast-paced gameplay humming along at a silky-smooth 60 frames per second. Even with 30 racers on the track, the game never chugs.

There's a huge variety of options in both tracks and racers, and it's one of the few games to utilise the Nintendo 64 Disc Drive in order to further expand those numbers, which is cool even though they're basically impossible to find. There's iconic music, awesome sci-fi settings, and four-player splitscreen to boot. There are dozens of copycats out there today, like the very good Fast RMX, but fans are still pining for a proper modern F-Zero – and with good reason.

Gran Turismo 2 took the successful concept of a polygon-based racing game from the first instalment, and exploded it with more cars and better graphics that pushed the PlayStation to its limit. Later GTs, of course, have amazing graphics, but back then it was less about how the cars looked and more about the selection of cars, ability to customise, and those amazing camera angles and sweeps in the replays. Credit this game with exploding the genre that Forza and others eventually entered.

In the early days of gaming – 1982 to be exact – this was the definitive racing game, and an extremely popular arcade attraction. Pole Position was the first racing game to feature an actual track, Fuji Speedway, and it was so popular that it had a stand-up arcade sequel, Pole Position II. The game was ported to numerous early consoles, including the Atari 2600, Atari 5200, and the Intellivision, and still stands the test of time with impressive attention to detail.

There’s certainly something to be said for the original Gran Turismo, as it was a serious game-changer (pun intended) for racing games. However, many people look to Gran Turismo 4 as the pinnacle of the franchise, and for several good reasons. Not only did it launch with 650 cars, it introduced numerous real-world tracks to the series including the mighty Nürburgring Nordschleife and Circuit de la Sarthe. Not only that, but adventurous gamers could tackle both tracks in full-on 24-hour endurance sessions. Twenty-four straight hours of gaming? Hell. Yes.

Gran Turismo 4 also stands out among the rest because it addressed another key facet that all car enthusiasts share: the love of taking cool photos of cool cars. GT4’s new photo mode was easy-to-use, allowing gamers to place cars in custom locations or grab action shots on any track, and the settings were such that sometimes it was tough to tell a game photo from a real one.

The game acted as the swan-song for the Playstation 2; it had been a long time coming, but it was so worth the wait. GT4 was about as close to perfect as any racing game – past or present – has ever been.

Carmageddon: Straight racing games are fun, but racing while crashing into each other and mowing down as many pedestrians as possible is arguably even more fun. Gameplay is about fantasy, about doing things who would never do in the real world, and Carmageddon owns this space. If we were doing a top 11 list, Carmageddon would have made the cut.

Cruis'n World: Cruis'n World was built on the backbone of the less-than-successful Cruis'n USA that came two years before it. Improved tracks, better cars, and scenery that was digitally captured by artists in a trip around the world made this game a stand-out hit both for the Nintendo 64 and at arcades everywhere.

Midnight Club: This series is an open-world street-racing game set in virtual recreations of major world cities. You drive non-licensed cars – e.g. the 'Citi Turbo' that looks remarkably like a modified early 1990s Honda Civic – and motorcycles. The best part, let's be honest, was the ability to smash, crash, jump, and drift virtual cars all around darkened city streets, including banging into other computer-driven traffic and using nitrous-oxide booster upgrades. It wasn't very realistic, but it was huge fun.